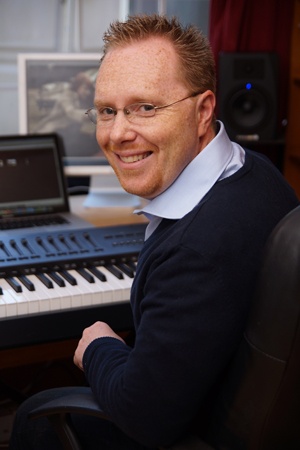 Andrew Stamp is an award-winning Canadian/British film and television composer based in Canada and Los Angeles. His music has been heard in feature films, short films, television programmes and TV commercials throughout the United States, Canada, Europe and Australia. He recently scored the high-profile Holocaust documentary, 'The Barn', produced by Nancy Spielberg. Andrew also wrote the score for the award-winning Hollywood children's film, 'Bullies'. This film has won many accolades during its festival run, including a 'Best Score' award from the Moondance Film Festival. Andrew also wrote the score for the award-winning children’s film, ‘A Dozen Summers’ with former ‘Doctor Who’ star Colin Baker and Ewen MacIntosh of ‘The Office’ fame. On the television side, Andrew's music has been heard on the BBC, iTV and Channel 5 in the UK, and on various television networks in France, Italy, Germany, Switzerland, Spain, Denmark and Norway. He also provided the music for the hit web series ‘Fully Engaged’, which recently completed its successful second season. Andrew has a B Mus. from Oberlin Conservatory, where he studied flute performance and composition.