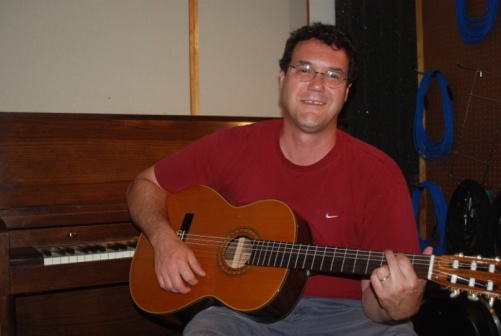 Frank Coleman is a composer, musician, producer, and recording engineer from Richmond, VA. He has been writing, recording, and performing music for more than 30 of his 50 years. Frank has created the original music soundtracks for 7 nationally televised documentaries (Hollywood: Richmond’s Garden Cemetery; Liberty or Death; The Sailor Bob Story; Choosing Wisdom; Out of Order: Civility in Politics; and The Kennedy Half-Century). Three of these have won Regional Emmy Awards for Best Documentary (The Sailor Bob Story; Out of Order: Civility in Politics; and The Kennedy Half-Century). Collectively, these documentaries have aired in hundreds of markets (including overseas), and his music has been heard by millions of viewers. Beyond this, Frank has arranged, engineered, and produced or co-produced two other full-length documentaries: Downtown Richmond Memories: and Wilder. Wilder has been nationally viewed and recognized. Beyond this, he has written music for many shorter video productions, ranging in length from 3 to 6 minutes.
Frank is a multi-instrumentalist, playing acoustic and electric guitars; electric bass; banjo; drums and percussion; keyboards; trumpet; and various other instruments. He is also very fortunate to know many world-class musicians who he brings into his studio to work on his projects. Frank is also a well-respected singer-songwriter and performer in Central Virginia.
The Diner has access to many of Frank’s instrumental tracks. The styles of the selections range from jazz to classical; from folk to new age; from rock to country, and much music that is in-between or hard to classify. If you take the time to listen to Frank’s catalog, you will find an eclectic and exciting range of music, written by Frank and performed by him and his ultra-talented session musicians (many of whom currently tour or have toured in the past with internationally known musical artists). Chances are good you will find a piece of music that will help you put your production over the top.