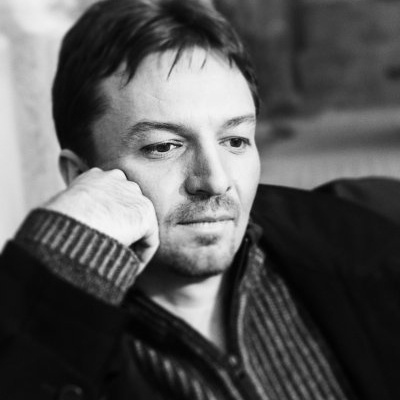 Oleg Tumanov is not merely a composer, he is a melodist. Oleg is inspired to create new bright and romantic melodies, shape them into modern rhythms and styles. He is not stuck in one music style or genre. Rather he believes that true and sincere melody can take different forms and has interests in many modern music styles, such as pop, Latin, jazz… Many of his tunes, very much like paintings of impressionists, create associations and illustrations to images and feelings and all of them have memorable melodies. Grown up in a family of musicians, Oleg was surrounded by beautiful music from all over the world. He started to play piano when he was 5 and was raised as a pianist. He has been composing music for a long time. The first semi-professional records were mainly intended for his friends and family. Some years ago Oleg released two CDs in Russia (“Latin Romance” and “Let’s Run Away Together) with Latin-style music performed by Russian musicians. The music from one CD was chosen by top Latin dancers to accompany world Latin ballroom championships. His CD “Latin Romance” received a Russian National award from ball room dance association for 2004. Some of the greatest musicians in contemporary Latin music took part in the creation of “Rio Havana”. Among them were Grammy award winner piano virtuoso, the founder of one of Cuba’s well-known Latin Jazz bands “Irakere” Chucho Valdes, a world-renowned Brazilian composer and truly a godfather of the Bossa Nova school of Jazz, Grammy winner Joao Donato. Emilio Santiago who ranks among the top singers in Brazil, Leny Andrade, a foremost singer of Brazilian Jazz and Bossa Nova and Wanda Sa with her enchanting velvet voice are both yet another contributors to perform Oleg’s music. The musicians loved the music right from the start and wholeheartedly supported the idea to record the album. “Rio Havana” in its entirety represents the rebirth of musical traditions of lyricists like Baroso and Jobim. In a way, it symbolizes musical Renaissance where each romantic bossa, lyrical samba and miraculous cha cha cha possesses its own unique character. Oleg’s original soundtracks have been chosen for several Russian primetime TV series (“Adjutants of Love”) broadcasted on Russia’s national TV (1st channel “ORT” and “STS”). Nowadays, Oleg is composing music in a variety of styles including Pop, Dance, Latin and Rock. He is working with some of the best modern musicians, producers and groups such as Andy Paley, a noted record producer, musician and lyricist, Relight Orchestra, Carlos El Rumbero a singer from world known group Gypsy Kings, Roberto Menescal and many others.